- November 08, 2017
Professional Accountancy Centre (PAC) Club is delighted to announce that KDU's Got Talent Season 2 has ended successfully. The objectives behind organising this event is to nurture the intrinsic qualities of students and remove the fear of stage among students which helps in personality development. Why don't we check out what happened?

The participants of KDU’s Got Talent Season 2 were categorised into the individual or group category in order to suit their needs while performing on stage. The dates of the audition and semi-finals were scheduled at 13th September 2017 (Wednesday) and 20th September 2017 (Wednesday) respectively. As for the finale, we manage to collaborate with The Annual Grand Ball 2017 for the second year, which was held on the 7th October 2017 (Saturday).

This year, we were extremely fortunate to have a chance to invite professional judges from both entertainment arts and education sectors. They are none other than Mr. Sean Ooi, Director of The Academy Music Centre, Mr. AlexPoppinrex, Dance Tutor of Royal Phantom Dance Studio, Ms. Elaine Lee, Vocal Tutor of Young Choral Academy, Mr. John Stephen, Programme Leader of School of Communications and Creative Arts, Ms. Ivy Por, Principal of Shall We Dance Studio, and Mr. Chan Tze Kang, Department Head of Professional Accountancy Centre. *claps*

Before the commencing the Audition, Ms. Charmaine Woo, Event Director of KDU’s Got Talent Season 2 held a briefing session with the judges in order to provide a clear understanding of the judging system and programme flow.

We had a total of 20 contestants performing during the audition and each of them showcased what they had in store for the past few months. Their hard work certainly paid off as the audition shined through as an amazing night of discovering just how talented the KDU students are.


Fast forward 1 week later to the Semi-finals, we had Mr. Daniel Lee, Mr. Sean Ooi, Mr. AlexPoppinrex, Mr. John Stephan, Ms. Elaine Lee and Ms. Ivy Por to be on the judges panel. The audience were deeply impressed by the top 10 finalists’ spectacular performances during the event.

After the calculation of the final results, the token of appreciation was presented to Mr. AlexPoppinrex and Ms. Ivy Por in advance due to their absence in the finals by the organising committee of KDU’s Got Talent Season 2. 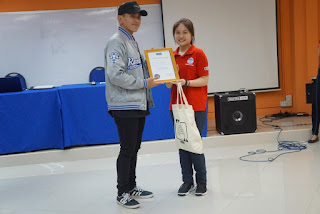 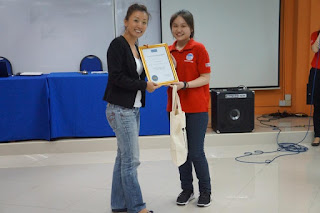 Time flew by and it is the day of the finale! The top 3 finalists improved tremendously and gave their all during their last battle during The Annual Grand Ball 2017! The scoring system on that very night was 50% marks from judges and 50% votes from the audiences.

After enjoying the jaw dropping performances by the top 3 finalists, Team Humble was crowned as the Champion followed by Fiona Wong as the First Runner Up and Siti Imanina as the Second Runner Up of KDU’s Got Talent Season 2.

Last but not least, we sincerely thank all of our honourable judges for their precious time and undivided attention towards KDU’s Got Talent Season 2. The event will not be as successful without the kind contributions by our beloved adjudicators and sponsors. 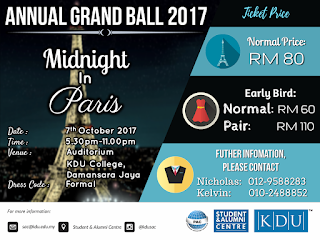